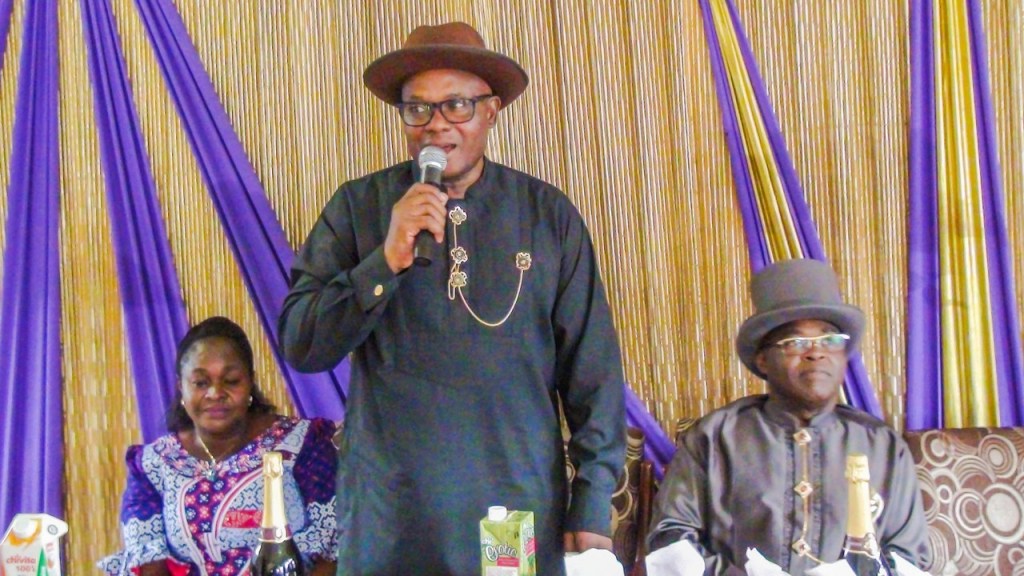 No fewer than 200 people who are indigenous to Wakrike Kingdom of Okrika Local Government Area of Rivers State have benefited from skill acquisition programme organised by Mike and George Etomi for the people of the community.

The twin brothers, who are natives of Edo State, however, share relationship with the people of Okrika, their late mother being a member of the community.

Although they are Edo State-born, they were raised in Wakrike community, where they grew up and attended both primary and secondary school before they left for the overseas for further studies.

The duo pride themselves as Okrikans, “We are from there, we speak their language, know and enjoy all their food, even participate in their cultural dances.” George said.

Mike, a Medical Doctor and George a Lawyer, jointly set up M & G Etomi Foundation, basically to respond to devastations of oil explorations in the land and the consequent agitation.

At the 10th graduation, starter packs/certification presentation ceremony held in Port Harcourt, the Rivers State capital recently, George, who represented his brother at the event revealed that no fewer than 200 people of Okrika have been empowered by the Foundation.

“We grew up and went to school in Okrika before we left for further studies abroad.

“Then Okrika was a nice place to live; it was friendly and a place of delight because of the natural endowments, the flora and fauna, the mangroves, the fine rivers and their fishes that were the source of income and livelihood for the people, the natural beauty of the land among others.

“However, when we came back to Okrika in early 2000, we met a completely different Okrika, we saw despair, we saw hopelessness and hardship. Okrika was practically lifeless.

“When we inquired of what wreaked our Okrika to such point, we discovered that, in-between the years, oil was discovered, exploration began and everything that was dear to us was destroyed.

“That was the sorry state and story of Okrika we met,” he said.

He noted that the skill acquisition programme was the way they responded to ameliorate their difficulties.

“Our response is that we must give back to the place of our birth. So, we set up the foundation to assist people come out of the woods.”

“Through the Foundation, we’ve been able to identify those who have been to school. Even those who did not complete school can benefit from the skill acquisition scheme.

“The stories we have been receiving in the last 10 years we have been giving starter packs have been phenomenal. Many of those who had no hope are now master bakers, some have established fashion making shops and are now employers of labour, while others have picked up jobs based on their trainings.

He urged the beneficiaries to give their best to whatever skill they have received, develop and grow it to enviable height where they will, in turn, touch other lives in the future.

“If one person assists somebody and the other person helps the other, before you know it everybody will be meaningfully engaged. In a short time unity and love is restored. There will be growth soon and gradually we will regain our glory,” he said.

George revealed the plan to expand the scheme to incorporate other parts of the Niger Delta region, beginning from the next batch.

Some of the beneficiaries who spoke to Niger Delta Report at the event thanked their benefactors, even as they promised to make the best use of the opportunities provided for them.

Mr. Abiye Dick Abroka, who holds a Diploma certificate in Mechanical Engineering was trained in Health, Safety and Environment, (HSE 1, 2, and 3), said lack of knowledge, training in this area has been the reason he has no job but expressed the hope for a change in the positive direction, giving his new certificate.

“I have the National Diploma Certificate in Mechanical Engineering, but I have not been able to get a job because most of the companies that indicated interest to hire are looking for HSE personnel which I did not have. ,” he said.

In the same manner, George Damiebi Frank, a graduate of Petroleum Engineering from the University of Port Harcourt (UNIPORT), who studied catering and hotel management in the training, described the decision to delve into cooking profession instead HSE as the best step he has taken in all his life.

“There is no doubt that women are always regarded as those who are supposed to cook in the kitchen; but I dared to join the number of male folks that have joined in the kitchen business.

“And today, I make bold to say I am satisfied. I do not need any other job, not even a job at the biggest oil industry can satisfy me now. I may not start big now, but will certainly grow very big and become an entrepreneur in catering and hotel business. I am so excited and proud to say I will soon become a popular chef in town,” he said.

The beneficiaries, who were trained in catering, were provided with standing gas/electric cooker, and some baking equipment an well as certificate to show they are certified professional chefs, while the HSE graduates were given certificates to confirm they are qualified HSE personnel.

To provide opportunities and resources to empower the Niger Delta community in breaking the cycle of poverty. 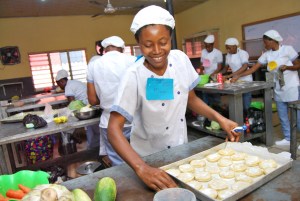 Going by the world’s standard today, having a skill is a key factor in eradicating 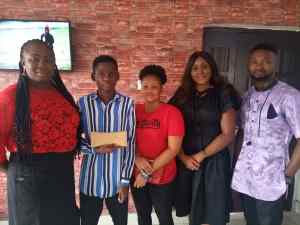 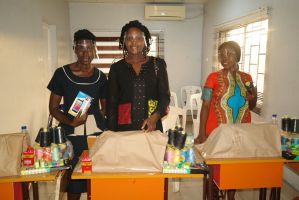 MGE gives back to its Beneficiaries

Sequel to the webinar hosted by the foundation with its beneficiaries, it was realized that